This is the first guest post to be published at Dark Triad Man. Read well and absorb the enormous opportunity that presents. Hillary Clinton has made a potentially fatal mistake, and the #AltRight has unmatched opportunity.

So Hillary Clinton wants to make the #AltRight a focus of her campaign, according to an article in The Hill. Vox Day calls out this narrative shift in his recent Vox Popoli article. These days I view front-stage politics, correctly, as the sub-species of entertainment that it is.

With that said, sometimes entertainment matters.

This may be one of those times, because Hillary looks like she’s making a giant strategic mistake. That’s hardly unusual. But the kind of mistake she’s making – that is unusual. Very unusual.

To understand why, you need to connect the Stray Voltage theory of politics to Haidt’s Moral Mind model, which leads us to the modern Left’s central blindness about itself. Once you understand that, you understand why and how the Cyclops is about to poke itself in the eye.

Many of us have been reading Scott Adams’ columns about politics and persuasion. If you haven’t, you should. Scott has noted Hillary’s switch from a two-dimensional mix of policy and biography to a 3-D persuasion approach of “Trump is scary.”

Hillary’s rumored speech would certainly fit that template. Her speech means that American Left will be picking a fight with the #AltRight as its main enemy, in an attempt to extend its predictable social shaming tactics for her temporary gain. 3-D persuasion in action.

The problem is that politics is like Space-Time. It’s at least four-dimensional.

Blind animosity towards the #AltRight and vulnerable shock.

I am well aware that much of the Left hates Hillary Clinton, but she has become their standard-bearer. By hook? By crook? Yes. Doesn’t matter. The day Hillary gives this speech, Obama regime member David Plouffe’s Stray Voltage theory of politics will go into effect:

The stray voltage effect happens immediately, as people are introduced to the existence of ‘strange’ new ideas that strike a nerve.

It can also happen longer-term.

Naming your enemy implicitly designates a Schelling Point for resistance to gather around. What if Group X is the tyrant’s well-known enemy? Then its mainstream alternatives lose cred as the places for opponents to go, and Group X gets a closer listen from everyone the tyrant has wronged.

Communist movements around the world have been dining out on that reality for decades.

The #AltRight would benefit from this same dynamic, to the detriment of libertarians and Conservatism, Inc.

Can Group X still lose? Of course. Ask a Kulak. Or read Orwell’s 1984, for its iconic and surprisingly relevant Two Minutes Hate.

It’s all about the enemy you pick. If you designate the right enemy, an enemy whose strengths don’t target your weaknesses, you’ll go far. Exhibit A: the American Left and the GOP Establishment.

Unfortunately, that isn’t the case for Hillary.

Worse, the Left doesn’t know it.

Worst of all, the reason the Left is ignorant because it deliberately built its entire philosophy in a way that keeps it from knowing.

The #AltRight doesn’t speak in policy proposals, or philosophy. It speaks in status, social relationships, nationality and nationalism.

People can understand and relate to these things, and the #AltRight uses them in ways that strip the Left’s premises like turpentine strips paint.

Case in point: naming (and shaming) “Virtue Signalling,” a key mechanism that has made the Upper Middle Class such a societal problem.

The Left’s response to date has been omerta. They censor, suppress, and hide #AltRight views via active censorship that includes social networks. They’ve done a good job. People like me, who wander the fringes of Left and Right looking for interesting things, are the exceptions. Most people don’t even know that #AltRight views exist.

When stray voltage begins to rev up, all of that will go into reverse. And the Left will lose its political invisibility cloak.

You heard me. To understand why, we need take a deeper dive – into the moral mind.

Moral mind, blindness and the #AltRight.

Social psychologist Jonathan Haidt has done work on “moral mind” differences between the Left and Right. His core thesis is that Leftists focus on Harm/Care and Fairness/Reciprocity as its moral center. Conservatives don’t prioritize those as highly, but they work with a broader set of principles that also includes Ingroup/Loyalty, Authority/Respect, and Purity/Sanctity.

It’s a bold theory from an extremely honest, fair-minded guy – Haidt, a political liberal, is one of the founders of the Heterodox Academy project.

The reason why he’s wrong goes to the Left’s very core. It also explains why #AltRight stray voltage could become a fatal shock.

The Left is a religion that won’t call itself one. That’s a persuasive argument. But it isn’t a mechanism.

The modern Left sharply downplays the value of certain elements of Haidt’s moral mind, because it doesn’t want people asking hard questions about its core elements of control.

By denigrating Ingroup/Loyalty, Authority/Respect, and Purity/Sanctity publicly, via strawman caricatures of its opponents, it conceals its own uses of these concepts from its supporters. After all, “everybody” knows that we despise those things.

By concealing these elements, it renders them immune to reflection or question.

Harm/Care and Fairness/Reciprocity are pretexts, routinely violated in egregious ways. People keep noticing this about the Left’s bad actors, without ever drawing the correct conclusion. And the Left has wandered off into identity irrelevance, at the exact moment when robots and artificial intelligence may be about to make Marx’s predicted crisis of capitalism the central issue of our time.

Harm/Care and Fairness/Reciprocity are just the magician’s left hand. Please watch them carefully. Ingroup/Loyalty, Authority/Respect, and Purity/Sanctity ARE the Leftist religion, denigrated and cloaked for concealment. Note what happens to Leftists who start to disbelieve, or don’t follow the latest Holiness Spiral – that tells you everything you need to know.

And this concealment was completely successful.

Scorching explosion of the #AltRight.

Pumping massive amounts of stray voltage at the #AltRight is something no self-aware Leftist should ever, ever want to do. Because the day those fringe ideas are advertised as available, is the day the Left’s social mechanisms start to become obvious and discussable.

All because Hillary Clinton wanted something trivial for herself, and has no one who can tell her “no.”

This is where the real ride begins….

UPDATE FROM IVAN… 1400 hours EST 8/24/2016: This post is taking off rapidly in the wild. Readers are encouraged to consider an outstanding point made by Anonymous Conservative on his blog, regarding how Donald Trump can handle this event;

“It would be unlikely, but if asked about his association with the alt-right, Donald said something like, “I don’t know that much about it but, I admit I find that r/K Theory of Political Ideologies interesting…”, I am pretty sure you would hear leftist heads exploding for miles in every direction, and any attempt to focus anyone on any other aspect of the alt right to Donald’s detriment would be futile.”

Read the rest of the article from Anonymous Conservative. It is outstanding. 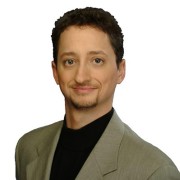 Joseph Katzman is editor emeritus of Defense Industry Daily. He is an extraordinarily keen observer of realities of the dark world, and his editorials have been published in the Wall Street Journal. Mr. Katzman is the foreword author for the philosophy bestseller The Nine Laws by Ivan Throne.

This is your living manual of power to bring fierce light to your inner world. It will ensure that you discover what you’re capable of, as a man who sees reality without fear.
THE NINE LAWS

Spread the word and make a statement with our bold line of shirts from Crypto Fashion.
Even Antifa can't scream loud enough for
mercy from Ivan Throne.
OFFICIAL GEAR

An explosive gathering of men who drive into the heart of sacred purpose in the dark world. Master the male burden of performace in a venue of unparalleled luxury.
THE IMMERSION FORGE

DARK TRIAD MAN®
recommends the following resources as fundamentally important to the development of a man who delivers and seizes value in the markets of the world.


INFOGALACTIC
The Planetary Knowledge Core is an objective and fast rising displacer of Wikipedia that comes straight from the Alt-Tech movement as a new premier information source.


VOX POPOLI
The site of the Supreme Dark Lord is where you will find the inside track to the Alt-Right, the Alt-Tech and direct access to some of the sharpest minds available in the new age.


MEN OF THE WEST
The Men Of The West celebrate, defend, and expand Western Civilization and the values and traditions that created it. There is no substitute for victory. They are the Hard Right.


THE FAMILY ALPHA
Manhood means responsibility for, protection of and furtherance for the family. Hunter is a guest poster here at DARK TRIAD MAN®. Read his writing on marriage and masculinity.

You don't need another day of pain. You just need a roadmap out of crazy. Open up this vital manual today and get started building a new life without apology or abuse.
THE ESCAPE PLAN

Get news and details
of speaking events
with Ivan Throne at
DARK TRIAD MAN®.